All silverfish have the characteristic carrot- or teardrop-shape and three caudal appendages. Silverfish antennae are threadlike, and can be as long as the body. At maturity, silverfish may be about one-half inch in size, and with the tails can reach almost an inch. There are 13 silverfish species in the United States, though only a few are pests.

The common and the gray silverfishes reside mainly indoors, while the fourlined silverfish also will live outdoors in mulch or under bark.

The common silverfish lays one to three eggs almost daily, while the gray silverfish lays eggs in clusters of two to 20 and places them in cracks and crevices. The fourlined silverfish is thought to have similar egg-laying habits to the common species.

Silverfish do not undergo metamorphosis - the young look like the adults, and adult silverfish can molt even after they are mature. One species is reported to have up to 59 molts in a lifetime.

The scales that give the silverfish its gray, metallic appearance develop after the third or fourth molt. Usually, it takes three to four months for a silverfish to reach maturity, but in cool environments, it can take much longer to develop - sometimes several years.

This affinity causes them to target fabrics, such as artificial fabrics and cotton, and linen, but not wool or real silk, paper products (wallpaper, cellophane, facial tissue, etc.) and stored dried foods. The fourlined silverfish and the gray silverfish are able to consume cellulose-rich foods - the former because it produces the enzyme cellulase, and the latter because its mid-gut contains cellulose-digesting bacteria and enzymes.

Damage caused by silverfish can be etchings (like someone has scraped the surface with their fingernail), holes or notches. Yellow fecal stains and discarded scales also are telltale signs.

Once they find a food source, silverfish tend to remain close to it. Though they can go for weeks without food or water, they often are discovered in sinks and tubs, where they become trapped, having crawled in searching for a source of moisture. Room temperature and high humidity are preferred, but silverfish can be found in any room of a house or in the mulch or leaf litter around a house.

TERMIDOR is 100% Effective Against Termites No Excuses. No Exceptions.

Click below to learn about pests common to Hampton Roads. 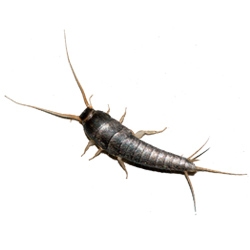 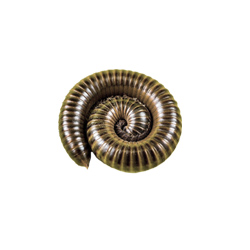 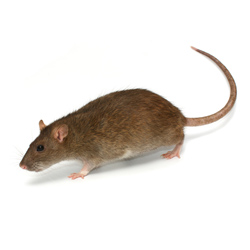 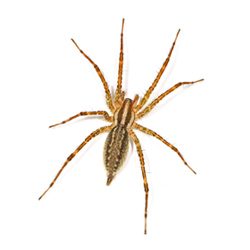 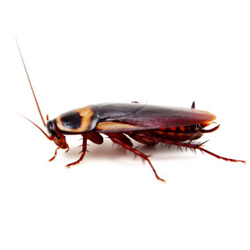 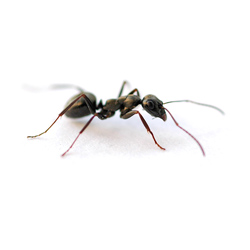 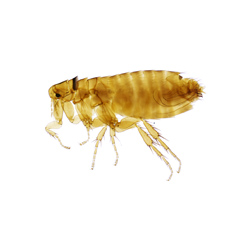 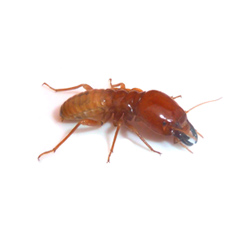